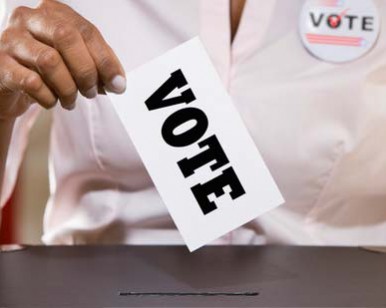 The Leadership Conference on Civil and Human Rights is a coalition charged by its diverse membership of more than 200 national organizations to promote and protect the civil and human rights of all persons in the United States. Through advocacy and outreach to targeted constituencies, The Leadership Conference works toward the goal of a more open and just society – an America as good as its ideals.

In 2006, major portions of the landmark Voting Rights Act of 1965—one of the cornerstones of the civil rights agenda—were up for renewal by Congress and some Members from affected states indicated they would attempt to derail passage. LCCHR engaged The Mellman Group to develop a compelling message around renewing the VRA and design a persuasive presentation of the data.

Through focus groups and a national survey, we found that voters were largely uninformed about the risk of these voter protections lapsing. Once informed, the vast majority strongly supported renewal of the VRA, including its most controversial provisions. A strong message positioned the Voting Rights Act as analogous to other federal anti-discrimination measures, such as preventing discrimination in the workplace, schools, or public spaces.

We conducted focus groups among African-Americans, Latinos, Asians and Republican Caucasians. Using our findings from these focus groups to inform the survey, we conducted a poll of 1,000 likely voters that examined voters’ perceptions of the Voting Rights Act, its positive and negative impacts, the importance of those outcomes in determining support for or opposition to the Act, and the strength of various message options, using experimental design and regression analysis.

The findings, which provided a message roadmap for proponents and evidence of public support to sway undecided Members, were presented to Members of Congress and the press as part of LCCHR’s efforts to secure legislative action on this crucial issue. These efforts resulted in the renewal of the Voting Rights Act in 2006.